If you’re a business owner and employ at least one person, you may be legally required to carry workers’ compensation insurance. Who needs coverage and how much a policy will cost depends largely on the state(s) where your employees perform work and how workers are classified for federal tax withholding purposes.

How to Determine Worker Status and Stay in Compliance

In most states, full-time, part-time and seasonal employees all require workers’ comp coverage. But they may differ in how they treat others that work with or for the company:

Independent contractors are typically responsible for securing their own workers’ compensation policy, as well as coverage for subcontractors.

A contested workers’ comp claim that ends up in court could result in the judge deciding the worker met the criteria for an employee all along, which would mean the employer would have to pay the claim, and potentially penalties and fees, too. Similarly, some states require contractors carry coverage for subcontractors. If they fail to do so, any workers’ comp claims could fall on the company that hired them both.

Employees and Independent Contractors at a Glance

Unlike criteria that differentiates full-time employees from part-time employees (number of hours worked per week, for example), defining independent contractors isn’t as clear cut. That’s in part because workers’ compensation is mandated at the state level, so rules aren’t consistent across the board. However, there are some general differences to consider.

Even with these distinctions, it can still be unclear, and can lead to accidentally falling out of compliance with state workers’ compensation laws.

Ultimately, determining who is an employee and who is an independent contractor comes down to the nature of your working relationship and his or her role within the scope of your business. The IRS calls these Common Law Rules, which take into account three different categories of “facts that provide evidence of the degree of control and independence.” These include:

You’ll need to consider all factors as they relate to the entire relationship, as situations vary among states and industries. But if you’re still unsure, you can file Form SS-8 with the IRS to determine the worker’s status.

The following questions can also be used to determine on which side of the Common Law guidelines this relationship falls. 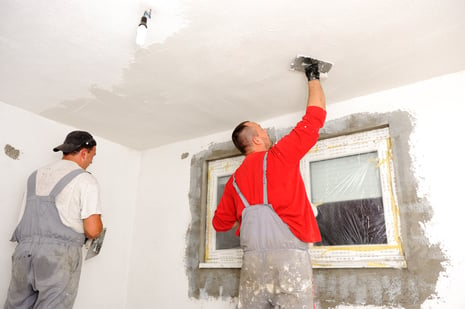 When an insurance carrier audits a policyholder at the end of a policy period, it will review all W-2 and 1099s. The insurer will require proof from the policyholder that the contractors have their own work comp in place (usually done via an insurance certificate showing coverage).

If the policyholder cannot provide that documentation, the auditor will automatically consider those wages the same as W-2 employees, and add it to the total payroll when calculating the premium.

In other words, when hiring subcontractors, require proof of workers’ compensation insurance, or risk paying for their coverage at the year’s end.

Remember, the workers’ comp system is operated at the state level, so how contractors and subcontractors are viewed in the eyes of the law will vary. In the case of a dispute, the courts and legal precedents may skew in favor of siding with workers vs. employers, depending on the state.

Learn more about workers’ compensation for construction and trades. 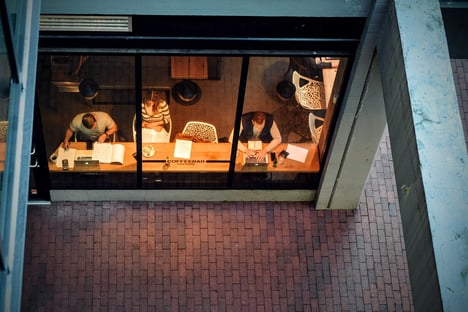 Relatedly, the difference between employees and independent contractors has become an issue for gig economy workers, such as ride-hailing app drivers and freelancers.

While new labor laws are being enacted to protect these workers, it will ultimately be up to the courts and how they favor businesses versus employees when settling work comp claims.

Your Responsibilities as an Employer